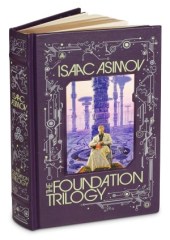 “If my doctor told me I had only six minutes to live, I wouldn’t brood. I’d type faster.” — Isaac Asimov

Someday, I am going to needlepoint Isaac’s words and frame them to hang somewhere at eye level to keep me from slacking off. To me, Asimov’s words are a kick in the butt to remind me that 1. I’m lucky to have a calling that allows me to make (some) money from the voice in my head and 2. someday, one way or another, it’s all going to come to an end.

Sometimes the words flow, sometimes they don’t, but a writer schedules set times to sit down at the keyboard or with pen and paper and write. There’s no way to know how easily the words will come. Or how good or bad they will be. But writers are also wives, husbands, parents, friends, critique partners, employees, and volunteers. Writing time is precious, so we must use every moment. If we produce crap that day, next day we’ll either edit it till it’s not crap or write new crap that we can fix.

Athletes and dancers warm up their bodies. Our minds have to be warmed up as well. It helps to start a session editing the last few pages of the previous day’s work. (Thank you Lew Hunter via Sally Walker for that tip!) And I began journaling about midway through last year. At the time, I couldn’t have told you why, because I stopped keeping a diary decades ago. I did not want to spend 30 precious minutes of my day writing something unrelated to my WIP. Finally, in November, I realized that the time spent scribbling in my journal really did help my process. But I journal first thing in the morning, not during a writing session.

This doesn’t work for everyone, but when I spend at least 30 minutes each day writing by hand, it cleans out and primes my creative pump, even if I can’t write till later. Checking emails and social networking distract me.  Keeping in touch is an important task that needs its own block of time. I don’t even like to plot during the time set aside for writing, unless a character makes a really sharp veer from what I thought would be the story. I hate it when they do that, but it’s part of the process, and like kids, sometimes you have to let hero and heroine go where they want to.

Asimov died youngish, age 72. (At least that’s young in the view of someone whose relatives routinely live past 85 and often past 90.) It’s said that he authored or c0-authored over 500 books. Besides the science fiction he is best known for, he wrote mysteries, non-fiction, guides to the Bible and Shakespeare, and limericks. He edited anthologies and had his name on his own science fiction magazine.

I think I have some typing to do.

This site uses Akismet to reduce spam. Learn how your comment data is processed.